The city of Matera in Southern Italy. The present-day town is next to a complex of cave dwellings carved into the ancient river canyon, Because evidence has been found that people were living in these caves all the way back to the Paleolithic era, Matera is believed to be one of the oldest continuously inhabited cities in the world. Over the course of its history, Matera has been occupied by Greeks, Romans, Longobards, Byzantines, Saracens, Swabians, Angevins, Aragonese, and Bourbons 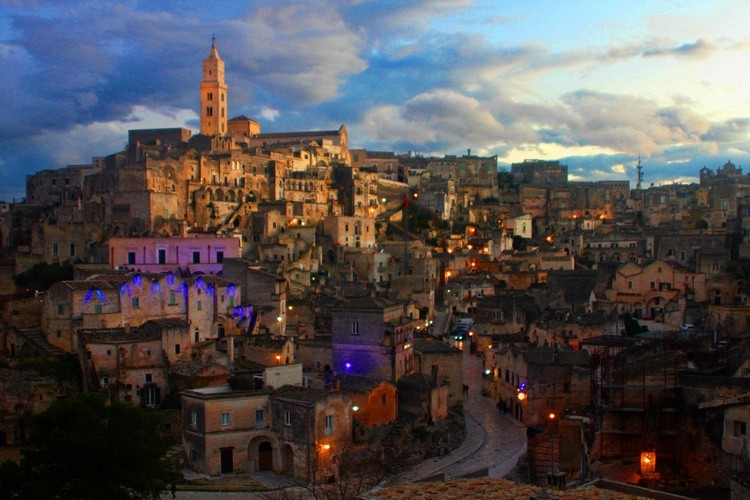