In Bankgok there is a temple called the Temple of the Golden Buddha. It is a small humble temple, compared to some of the others, but inside sits this seated Buddha that is ten and a half feet high weighs over two and a half tons, and is made of solid gold. In 1957 Buddhist monks were trying to relocate a large clay Buddha statue because the monastery was being relocated. When a crane tried to lift the statue it cracked and this golden statue was discovered inside. Apparently, hundreds of years earlier, when the Burmese army was about to invade Thailand (Siam), the monks covered the statue with clay to keep it from being looted by the invaders. Perhaps the entire monastery was wiped out because the statue remained undiscovered for so many years. Since seeing this breath- taking work and reading that story the metaphors that it has suggested to me continue to be a source of inspiration. 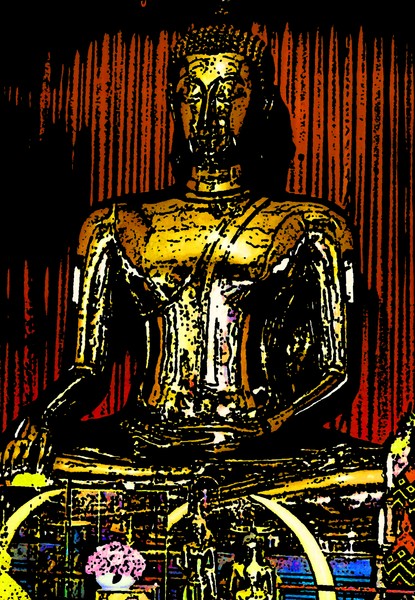